Hydrilla (waterthyme) is a genus of aquatic plant, usually treated as containing just one species, Hydrilla verticillata, though some botanists divide it into several species. It is native to the cool and warm waters of the Old World in Asia, Africa and Australia, with a sparse, scattered distribution; in Australia from Northern Territory, Queensland, and New South Wales.
The stems grow up to 1–2m long. The leaves are arranged in whorls of two to eight around the stem, each leaf 5–20 mm long and 0.7–2 mm broad, with serrations or small spines along the leaf margins; the leaf midrib is often reddish when fresh. It is monoecious (sometimes dioecious), with male and female flowers produced separately on a single plant; the flowers are small, with three sepals and three petals, the petals 3–5 mm long, transparent with red streaks 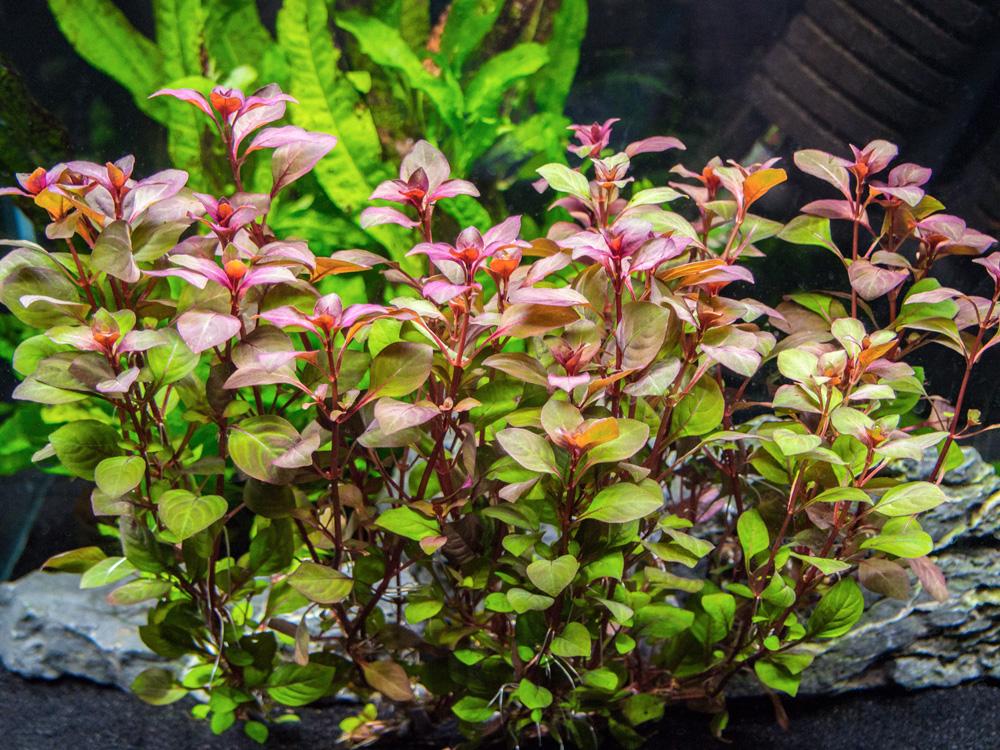