History: An apparent specimen of this hybrid appeared on the International Palm Society discussion boards in a private garden somewhere in the Indian Ocean.  Since then, Seabreeze Nurseries in Florida has successfully developed the hybrid through manual cross-pollination.  Seedlings were subsequently sold to various collectors in California.  This hybrid remains extremely rare, with only a dozen or so in cultivation world-wide.

Production: By applying the donor pollen from a Triangle Palm (Chrysalidocarpus decaryi: a palm native to dry lowland forests in Madagascar), to the female flowers on a Golden Cane Palm (also native to Madagascar over much of the island but usually found among coastal sand forests), the resulting hybrid seed grows to become a Golden Triangle Palm.  The name alludes to the golden petioles and tristichous (in a triangular shape) leaf arrangement.  It should be noted that the Golden Cane Palm is considered the most cultivated palm in the world, thus it is extremely common.   The percentage of viable hybrid seeds is relatively moderate- not too few, not too many.  It is recommended to use a solitary form of Chrysalidocarpus lutescens which is generally more robust and requires fewer staminate (male) flowers to remove in order to emasculate (remove the pollen-bearing flowers) the inflorescence (flowering structure of the palm).

Benefits: This palm is much more robust and gains a bigger stature than the standard Chrysalidocarpus lutescens.  Also, pure Chrysalidocarpus lutescens typically gets some yellowing during dry months and requires fertilizer to keep green and beautiful.  The Golden Triangle Hybrid does not require fertilizer to keep nice green foliage.  The cold tolerance and drought tolerance have not been extensively tested against the pure species so nothing can be said at this moment regarding that.  The Golden Triangle hybrid is also sterile- meaning it does not produce viable seed- which can be of benefit in a landscaping application because it will not foster a colony of unwanted seedlings at the base of the tree which often have to be sprayed or removed.

Identification: The eophyll (first leaf) of this hybrid is only about  ¼” wide, ribbon-like, and dark green, whereas the eophyll of a pure Chrysalidocarpus lutescens is ½” wide, stiff, and more lime green. 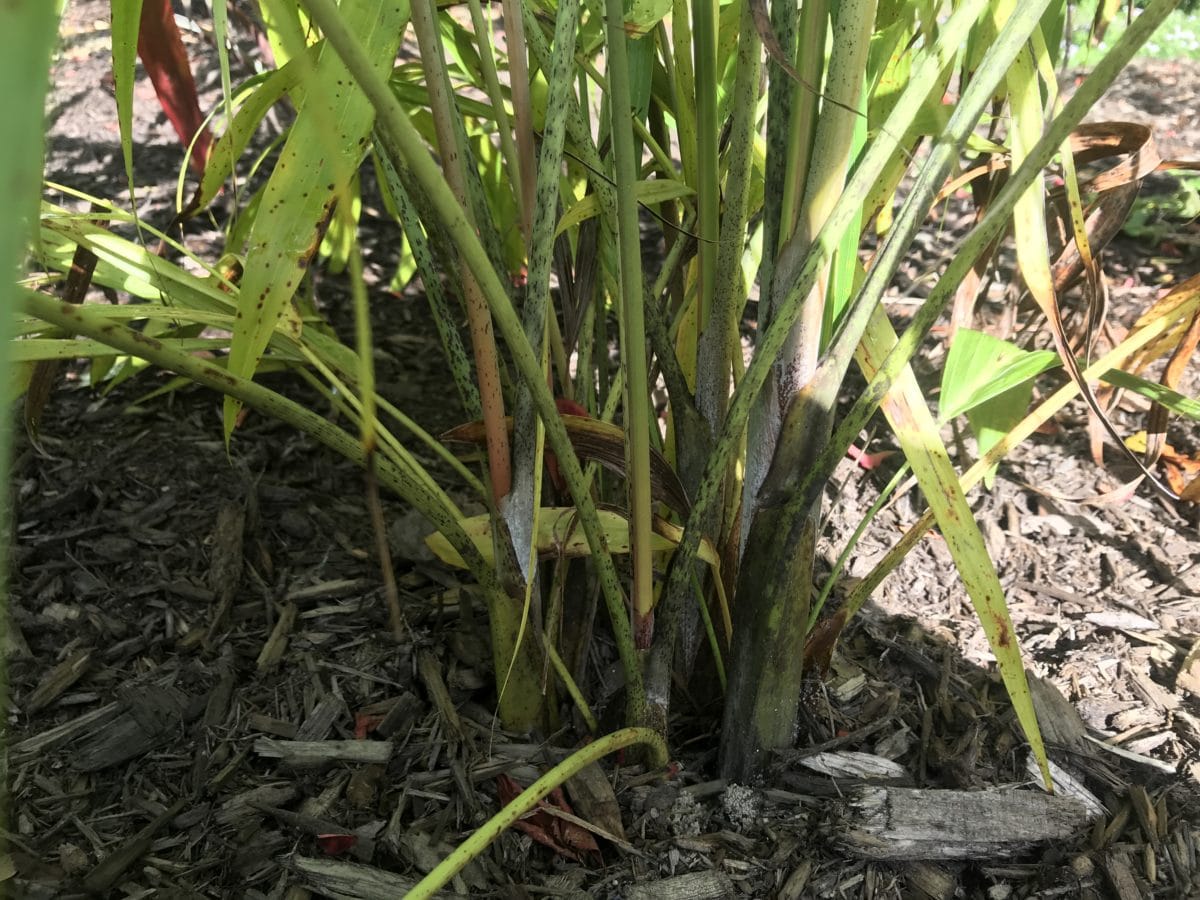 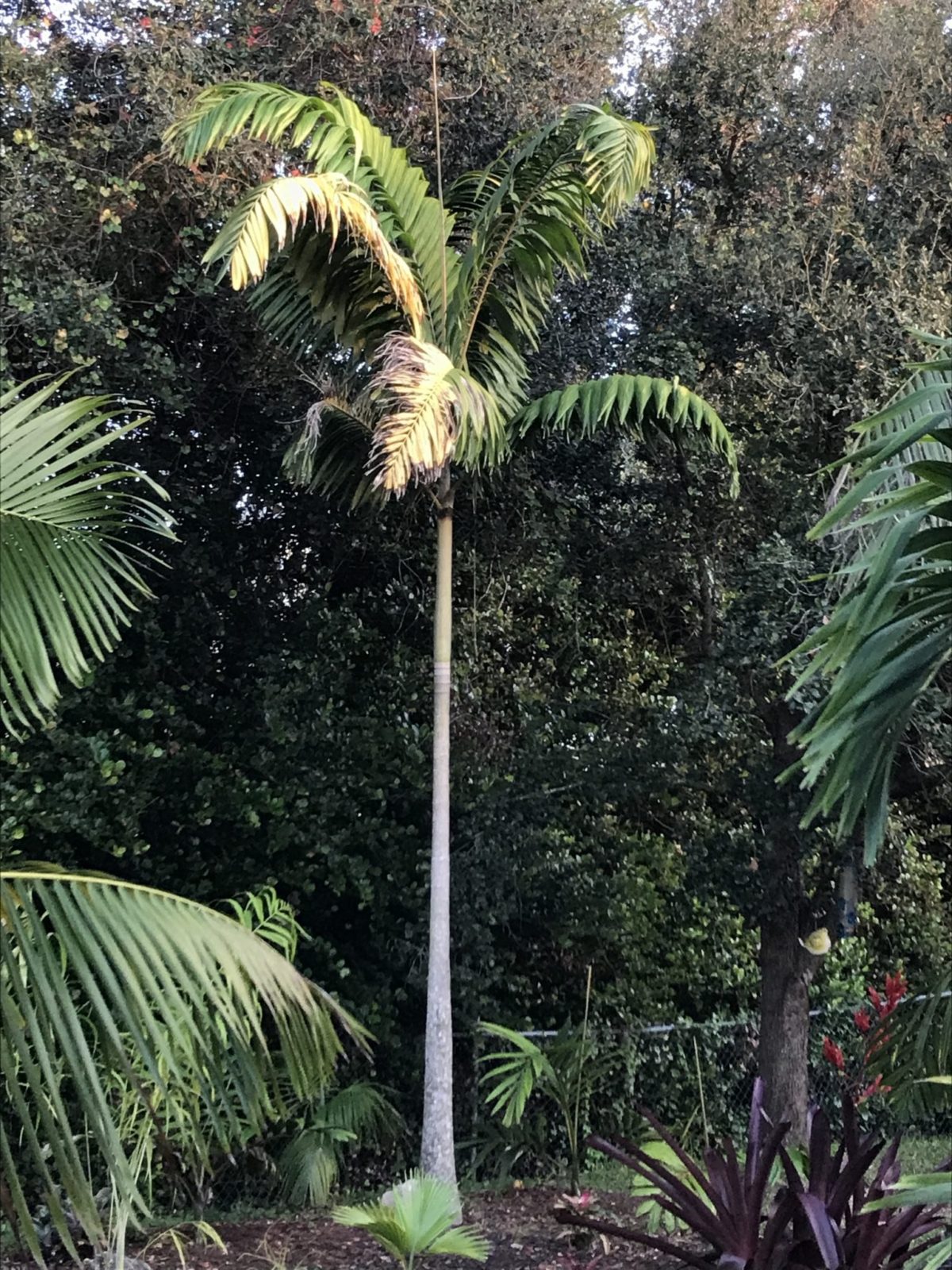